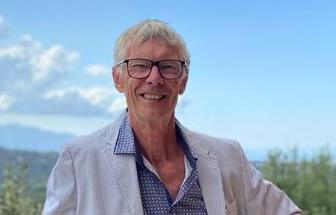 In 1977, London was at the centre of a thriving reggae scene. A backstage pass to the Rainbow in Finsbury Park was an opportunity for an impoverished student to get close to a legend, Burning Spear (aka Winston Rodney). Island Records decided to release a live album of the show but hadn't commissioned a photographer for the night. I had taken some from the pit and met Tyrone Downie, Bob Marley's keyboard player backstage. The photos ended up on the rear of the sleeve – the first paid music job.

The photos were the gateway but I also started writing. A visit, including a photo commission, in Ghana led to a spell in the London Hospital for Tropical Diseases. A chance meeting there resulted in an invitation to Nigeria to witness a extraordinarily vibrant music scene, based in Lagos but drawing on musical traditions from across the country. Fela Kuti, Afrobeat pioneer, was the best-known Nigerian musician outside Nigeria and I interviewed him in his house, surrounded by his retinue of wives. Sunny Adé was the Jùjú King of Lagos but wasn't yet well known beyond the Nigerian diaspora abroad. Nick Logan at The Face ran a "special report" exposing this burgeoning musical scene as African music started to breakthrough.

In 1979 Bob Marley, returning from London after the 1976 assassination attempt, opened his Tuff Gong studio in Island House, where that attack had taken place. I reported on a rare live appearance by Bob Marley and the Wailers at a reggae festival in Montego Bay. Both he and Burning Spear were recording milestone albums simultaneously at Tuff Gong and I followed Burning Spear up to his rural commune in St Anne's to find out more about his beliefs and dedication to the legacy of Marcus Garvey, again published in The Face.

Island Records was home to both Marley and Spear, but I only got to interview John Martyn after he left Island for WEA, recording Glorious Fool at the Townhouse Studios in Shepherd's Bush. His was one of a series of interviews commissioned by International Musician.

I was getting more photos published across the British and European music press and eventually a desire to combine reportage, images and sounds led me to move into film and TV, around the time when Bob Marley died and Sunny Adé was signed to Island.

Burning Spear: Searching for the Spear

WINSTON RODNEY, a.k.a. the Burning Spear, is the enigma of the Jamaican music scene. In a dark and brooding voice that is the essence of ...

Report and Interview by Peter Murphy (British), The Face, April 1981

JOHN MARTYN gets filed under M for Miscellaneous when it comes to the mainstream categories of popular music. His eclectic style has taken in traditional ...

PETER TOSH has a self-made reputation as a hardman. His songs proclaim, "I'm the toughest", "I'm a Stepping Razor...I'm dangerous". He also has a habit ...