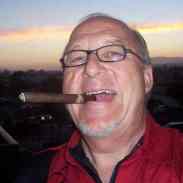 I have been features editor at the Hollywood Reporter and an editor and contributor to Variety, editor-in-chief of Movies USA, Bikini and Guitar World and a columnist for the Village Voice and the New York Daily News. My company, noemedia, produced FX HEROES, a national newsstand magazine about big action movies. In television, I have served as the Managing Editor of VH1 and a writer/producer for Turner Broadcasting.

My entertainment news column, "The Daily Fix", was a regular feature of the AOL Entertainment Channel. My stories have appeared in Rolling Stone, GQ, USA Today, Premiere, The Movies and The Los Angeles Times Magazine.

I am the author of articles and books on the music of Jimi Hendrix, Frank Zappa, Ry Cooder, Miles Davis, Stevie Ray Vaughn, Albert King and Jaco Pastorius, among others. I recently revived what used to be known as a mail-order company, Guitar Galaxy, to market and distribute some of the artifacts I was known for when I edited and founded Guitar World magazine.

"Cinema is truth 24 times a second" - JL Godard "I'm glad I don't like spinach, because if I did then I would eat it, and I can't stand the stuff." - JL Godard in "Pierrot le Fou" "Film is like a battleground. Love, hate, action, violence, death. In a word, emotion." - Samuel Fuller in JL Godard's "Pierrot le Fou"

TWO SETS of calloused digits have been seen onscreen recently in movie houses large and small, strutting over the frets of a Yamaha guitar and ...

THERE HE sits, perched atop his Olympian toadstool, dropping farts and thunderbolts into a tape recorder. Few have escaped his world unscathed by his grungy ...

SPUNKY, THAT'S got to be the word for it. A hybrid of spicy and funky. ...

GRIEVOUS ANGEL is the final, triumphant chapter of an epitaph Gram Parsons must have begun writing years ago. No one could have done it better ...

Cooder gesticulates in much the same way as he articulates musically – with an emphasis that lets you know he's earned the insight. ...

FRANK ZAPPA'S fully-equipped home recording studio is where he'd most rather be. "I never go out," he says, though his Laurel Canyon home commands a ...

The Rolling Stones: The Fancast Interview: Mick Jagger and Keith Richards talk about their latest documentary

BEGINNING IN August 2005, the Rolling Stones spent two years circling the globe on their "Bigger Bang" tour, taking in more than $580 million. ...