Dusty Wright is a pseudonym for Mark Petracca 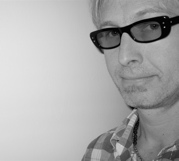 Mark J. Petracca (AKA Dusty Wright) is the owner/co-founder of the smart culture site CultureCatch.com, a contributor to The HuffingtonPost.com, and former editor-in-chief of Creem and Prince's New Power Generation magazines as well as a writer of films, fiction, and music. He is also a singer/songwriter who has released four solo CDs, and a member of the folk-rock quartet GIANTfingers. And before all of this he was a William Morris agent.

THE LAST PERSON you'd expect pumping the stair master at your local "Y" would be Tori Amos, but lo and behold, there she was in ...

A Scottish trio melts into a river of bittersweet perfume... ...

The Buzzcocks' frontman looks back at the formation of the band with Howard Devoto, and at Devoto's subsequent exit; talks about himself as a songwriter and looks at his subsequent solo career.

Nick Cave & The Bad Seeds: Nick Cave: The Tunes They Are A Changin'

They say he is a brooding auteur. A madman. A shaman. Yet, those who say those things have often held him in such high regard ...

LLOYD COLE is a cheeseball. Plain and simple. How else do you account for strings (!) on his second release, Don't Get Weird On Me, ...

ROBERT PLANT, looking very fresh with only 27 years of rock 'n' rolling under his belt and leather jeans, is seated in the lone hotel ...

Prince: The Land of Paisley

As I reach the threshold of the mighty warrior, i feel a shudder pass through me. My self-worth is at stake. My shoes are too ...

SO THERE I was in all my silly repute. Yet another late night rock and roll escapade. Same setup: Introduce the magazine, ask some questions, ...