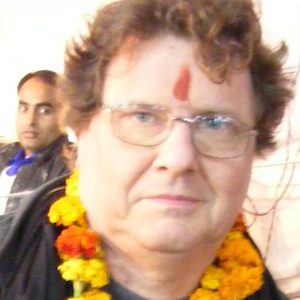 Ken Hunt is a freelance music critic, obituarist (The Guardian, The Independent, The Scotsman, Sydney Morning Herald and The Times) and "occasional lyricist". He is also contributor to numerous music reference works ranging from The Rough Guide to World Music (Europe, Asia & Pacific) (2009) to The Album – A Guide to Pop Music's Most Provocative, Influential, and Important Creations (2012). Increasingly since the world music boom in the late 1980s, he has believed – on account of only having one brain – in specialising.

He writes and broadcasts about certain North American and certain European folk music traditions and revivals, contemporary western and non-western classical music, and tradition-based and improvised music including jazz and rock. And of course the folk, popular, art and devotional musics of the South Asian subcontinent. Eight of his nine chapters in The Rough Guide to World Music are about Bangladesh and India. Ravi Shankar called his intuition about the subcontinent's music “unique” in his experience.

The son of a swing jazz and dance band saxophonist and clarinettist, he chose to write about music rather than play it. The Czech violin-voice virtuoso Iva Bittová paid him one of the ultimate musician compliments telling him he didn't think like a music journalist but like a musician.

His first published writings appeared in 1967-68. Riled and inspired by the standards of music journalism in Britain and Germany, having returned to Britain after working in the print for magazine giant Gruner & Jahr, he resumed writing in 1975 for the second wave of post-Zigzag music publications including Dark Star, Old Time Music and Omaha Rainbow. Between 1979 and 1989 he was the editor-publisher of Swing 51, hailed for its in-depth articles and interviews on subjects ranging from the Folk Revival to the Grateful Dead and beyond.

He is an essayist and consultant for the Oxford Dictionary of National Biography's Millennium edition and Supplements (2000-2015). www.oxforddnb.com

He was instrumental in suggesting, bringing the parties together and, with David Harrington, cherry-picking compositions from Bollywood and Bengali film composer R.D. Burman's extensive oeuvre for Asha Bhosle and the Kronos Quartet's Grammy-nominated You've Stolen My Heart (2006).

As a lyricist, his main writing partner is one of our age's foremost total musicians, Iva Bittová, for whom he supplies words in English (and sometimes Czech). www.bittova.com

Specialise and don't put your eggs in one currency basket is his maxim for freelance longevity.

Grateful Dead, Robert Hunter: "Sometimes The Cards Ain't Worth A Dime... If You Don't Lay 'Em Down": The Robert Hunter Interview

HAPPY TRAUM was briefly in England in November '79 and, by luck, an interview was arranged. ...

Grateful Dead, Jefferson Starship, Robert Hunter: "Sometimes The Cards Ain't Worth A Dime... If You Don't Lay 'Em Down": The Robert Hunter Interview #2

Grateful Dead, Robert Hunter, Jefferson Starship: "Sometimes The Cards Ain't Worth A Dime... If You Don't Lay 'Em Down": The Robert Hunter Interview #3

LIKE MANY of his contemporaries, Happy Traum came out of the folk revival on the East Coast in the '60s and although his activities have ...

(ED. NOTE: The interview upon which some of the following article was based is an edited version of one conducted for, but as yet unpublished ...

Zakir Hussain: Thunder On The Mountain

ZAKIR HUSSAIN is a musician who straddles the East-West divide. Like his father, Ustad Alla Rakha Khan, his instrument is the tabla and like his ...

THE WORD 'CHANTEUSE' seems to be undergoing one of its periodic journalistic revivals. It's a slightly unusual word, it's French and it was always far ...

OVER THE LAST month or so, each time you turned on the TV, opened the paper or virtually any magazine that runs to book reviews, ...

FALSE TRUE LOVERS captures a vital contributor to the English folksong revival at a key stage in her development. ...

THE QUANTITY OF hot air expended in the wake of A Mighty Wind, Christopher Guest's spoof of the US folk scare and its fall-out, has ...

One of the greatest sitar players of his age ...

THE BRITISH FOLK scene has been characterised as insular, but African-American Dorris Henderson, who has died aged 70, disproved that. When she arrived in London ...

Dissident Czech writer and lyricist for Plastic People of the Universe ...

Keyboard wizard who often worked with Jerry Garcia, with or without the Grateful Dead ...

Belgian artist most famous for his rock dreamscapes ...