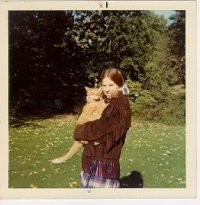 ABC: Agony and Ecstasy of ABC

ALL EDUCATION begins with ABCs. This particular education is of the musical sort, concerning one Sheffield-based trio (formerly quartet) that took its alphabetical beliefs and ...

ABC ARE currently the hottest three letters of the alphabet. The band of that name's debut album, The Lexicon of Love, contains some of the ...

Marshall Crenshaw Has A Field Day

WHAT A GUY. That phrase, always delivered with a flatter-than-thou Midwestern twang, is often bandied about within the Crenshaw camp. ...

"WE'RE THE hip uncles, that's what we're going for," says Roland Gift when asked to describe the Fine Young Cannibals' image. "All the kids can ...

The Fleshtones: Opening The Doors Of Perception

IT WAS a dark and stormy night. In his castle high on the hill, evil Dr Vollen was cackling to himself, and to the stuffed ...

UNDER A WIDE banner that said "Trans-Global Unity Express," the Jam played an intense 80-minute set to a half-empty Palladium. Songwriter/guitarist Paul Weller, with his ...

Haircut 100: Haircut One Hundred: ...And Now For Something Really Clean

ONCE UPON a time there were three English lads who thought it would be a lark to form a pop band. They recruited three other ...

The Hooters: The Hottest Hooters in The Business

Iron Maiden: What's It All About Eddie?

HEAVY METAL. Now – wait. Before you all go screaming off into the night, crossing yourselves and mouthing prayers to the soul of Michael Jackson, ...

"YOU PICKED AN interesting time to visit." Michael J. Fox has his tongue planted firmly in cheek as he stands in the backyard of a ...

NORTH CAROLINA has one of the neater state mottos around: Esse Quam Videri, To Be Rather Than To Seem. You might apply that motto to ...

"I SEEM TO occupy a funny sort of position in the music business," Nick Lowe says with a trace of a grin and a sigh. ...

Rank and File: Can Punks Sing Country? Just Listen Up!

"I'D CALL IT country music, and let I everyone take it from there," Chip A. Kinman says, almost defiantly. ...

IT'S DANGEROUS to write about R.E.M. without falling into the Larger-Than-Life trap. Perhaps it's because so few "Rock Stars" (and that term is used loosely) ...

TALK ABOUT time warps. New York's ultra-cool, ultra-modern Bond rock club, decorated like something out of a bad science fiction movie, was invaded by girls ...

The Stray Cats: Out Of The Litter Box & Into The Fire!

WHAT HAPPENS when you try to domesticate the Stray Cats? Example: A very sincere young girl writes "I Love You Brian" endlessly in neat, round ...

SHERMAN, INTO the Wayback Machine. The year: 1981. A young Irish quartet called U2 is promoting its debut album, Boy. Its lead singer is simply ...

AN UPDATE on the attempted Americanization of XTC. For an eighth full album the trio is told, as reported by stalwart singer/songwriter/guitarist Andy Partridge, to ...

WARREN ZEVON is arguably the most compelling and exciting member of the LA singer/songwriter set. His latest album, The Envoy, is his most movingly powerful ...