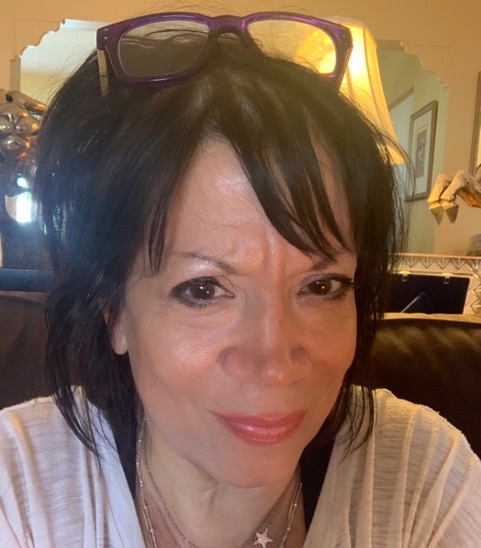 JULIE PANEBIANCO, as a teenager stuck in Fort Lauderdale Florida, edited the high school paper of all-girls school Madonna Academy and stuck David Bowie record reviews in when she could.  When catapulted to Boston University for college, a term paper on Oedipus led her to her first foray into the fervent local music scene.  Her first stories for the fanzine Boston Rock were Prince, in his only his underwear & a raincoat, "He was more scared than I was," and the Clash, who had embarked accidentally on a very long stint on Broadway — where she got hired by Kosmo Vinyl to help sell their t-shirts if she could see the entire run and interview the band in what is now regarded as pivotal moment in their history. She went on to write for Boston Phoenix,  Musician, Matter, NME, among others.  Julie kept doing interviews when she went to Warner Bros Records to help launch their Alternative Music Marketing department, recording interview records with the Replacements for their Pleased to Meet Me release (unedited interview just released as part of their deluxe box set)  & REM (Should We Talk About The Weather),  and where she also worked with New Order, Los Lobos and Hüsker Dü;  as an Alumnus also of A&M and Capitol Records A&R,  went on to work with artists like Swervedriver,  Beastie Boys (produced Tibet Freedom Concerts) & Luscious Jackson.  Julie combined music and politics and produced projects and events for Bono at (RED) + ONE + Clinton Foundation.  Now working at the Archive of Contemporary Music, which houses the largest collection of popular recorded music in the world, she and Courtney Love Cobain launched #FromHerToEternity, a project aiming to create a comprehensive permanent collection of all recordings, in all formats, by or participated in by women;  oral histories & profiles of woman as authors, performers, producers, engineers, managers, publicists, support staff, designers, photographers, and industry executives.

I HOLD IN my hand a record by a group with three letters: ABC led by FRY, Martin that is. His previous excursions into vinyl, ...

IT'S SUMMER and the Clash are back, not on Broadway but on the radio. 'Rock the Casbah' is blaring out of car windows not just ...

The Clash, Grandmaster Flash & the Furious Five, The Mo-dettes: The Clash: The Foul-Up

THIS IS disco music with some reggae and soul thrown in. My God, I can close my eyes and see the flashing ultra violet lights, ...

THERE IS always a part in a Tom Petty song when he knows he's got you, when he zeroes in and touches you. Like the ...

"SEXY." WBZ-TV's Joyce Kulhawik purses her lips together and pouts: "Provocative. Hot." Nona Hendryx shifts uncomfortably in her seat as the Live on Four camera ...

DAVID JOHANSEN danced out into the audience at the Paradise dressed in a sparkle headband and a denim jacket with a likeness of Marilyn Monroe ...

THE URGENT guitar playing that cuts through the rumble of 'The Public Image Theme' isn't just the sound of a guitar going through an amp. ...

FLOWERS OF Romance reminds me of this old Sid Caesar joke. He introduces a jazz musician as being "...on radar, to let us know if ...

"SO DO you think the Replacements have a chance to be the most hated band in rock and roll?" — this from the mouth (some ...

JOHNNY THUNDERS' drug habit has been his brazen insignia since his days with the New York Dolls. In fact, he once led the notorious Junkies ...

Toots & The Maytals: Toots and the Maytals

HE SEEMS overwhelmingly tired, huddled in the corner of the dressing room smoking a chillum. He is dressed like a champ: satin boxing shorts and ...