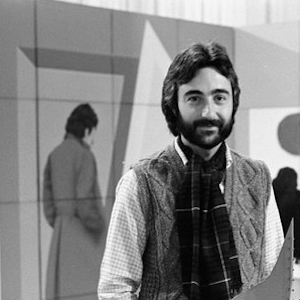 John Hutchinson (pictured in 1983) wrote his first music article on Eric Clapton; it was followed a year or so later by an interview with him. Other pieces followed, and in the early 1980s he became a Contributing Editor to Musician magazine in New York, as well as to the short-lived Record magazine, owned by Rolling Stone. Based in Ireland, John has also written for local newspapers and magazines.

Eric Clapton: Farther Up The Road

Interview by John Hutchinson, Musician, May 1982

WITHIN HOURS of arriving from Glasgow, Ry Cooder walked into a room in Jury's Hotel wearing a black track suit, with a towel bundled under ...

JH: Was there any family influence on your decision to be a musician? Your uncles wrote movie music, didn't they? ...

Led Zeppelin now a fond but distant memory, Robert Plant turns his attention towards a new solo album, a new band and a world tour ...

BRIAN ENO IS something of a paradox. He is at once associated with the avant-garde and an artist/producer who has actually had his share of ...

PETER AND I were at school together – at Charterhouse, an expensive private school in Surrey, of the variety the British perversely insist on calling ...

"I DON'T REALLY see myself as a guitar player," says U2's Edge. "I'm more of a songwriter or composer. In looking for a new way ...

Interview by John Hutchinson, Musician, May 1987

U2 Wrestle With Their Moment Of Glory ...