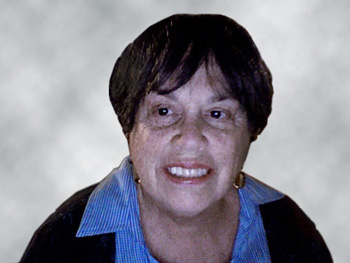 Jane Heil Usyk has been a freelance writer and editor for many years. Her book, Silence, Storytelling, and Madness: Strategies of Resistance in Nuyorican and Other Latina Women's Coming-of-Age Stories was published in 2013.

Her articles have appeared in Cosmopolitan, Family Circle, Vogue, Glamour, Playgirl and many others.  She worked on staff at Vogue, Fitness, and New Woman magazines. She taught at New York City colleges for fifteen years.

Her stories and poems are currently in  And Then magazine and online at Forum of World Cultures.

She earned a Bachelor’s Degree from NYU, where she received the Burrell Prize in Literature, and a Master’s Degree in literature from The City College of New York.  She attended  Vermont Studio Center on an artists angel fellowship, and the Dorset Writers’ Colony in Dorset, Vermont.

She is married to the artist Michael Usyk and lives in New York City.

The Supremes: The Chic-est Girls In Show Business

WELL, OF COURSE, their sound: Supreme, tops, five in a row if you're keeping score. But LOOK at them! I mean, those are three swell-looking ...

THE FIFTY or so articles I wrote for Hit Parader and other rock and country magazines are packed away on a high shelf in my apartment. I ...

THE MAN BEHIND THE STARS ...