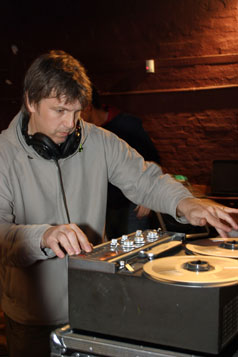 Greg Wilson is a DJ, record producer and sometimes writer on dance music culture, focusing primarily of the 70’s / early 80’s and its influence on subsequent events. His website www.electrofunkroots.co.uk documents the pivotal 80’s underground movement which would sow the seeds of the UK dance revolution.

Malcolm McLaren: Never Mind The Bollocks Here's The Bronx: On The Unlikely Origins Of The UK Hip Hop Movement

THEY SAY THAT lightening doesn't strike twice, but where there's a rule there's always the exception. Case-in-point concerns that maverick maestro of musical mayhem, Mr ...

EARLIER THIS YEAR I e-mailed Norman Cook via Skint Records, telling him about the electrofunkroots project and my intention to document the early 80's period ...

Electro-Funk – What Did It All Mean?: Dance Culture's Missing Link

ELECTRO-FUNK IS undoubtedly the most misunderstood of all UK Dance genres, yet probably the most vital with regards to its overall influence. ...

JUST OVER 12 MONTHS AGO, on October 29th 2011, the TV and radio personality Sir Jimmy Savile died two days before his 85th birthday (he ...

DURING THE 1980s Morgan Khan was viewed as a "dance music mogul", a true instigator who enriched British culture via his unyielding efforts, driven by "an ...

DAFT PUNK ARE sitting pretty at the top of the UK singles chart for the first time. The track in question, 'Get Lucky', taken from ...

THE MOST talked about album in many years, Daft Punk's Random Access Memories, is released in the UK today, and it's all set to blitz ...