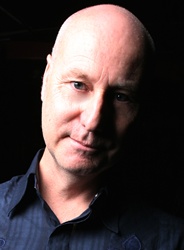 Melbourne based writer Greg Phillips began his long association with the entertainment industry in the early eighties. In 1984 Greg was employed as National Advertising and Marketing Manager of the legendary Australian weekly rock music magazine, Juke. It wasn't long before his passion and knowledge of contemporary music was recognised, leading to Greg writing record and concert reviews, and interviewing some of the artists of the day. In his ten year stint at Juke, Phillips was actively involved in promoting the local music scene and appeared on many music TV shows such as MTV and Rockit, and was heard occasionally on commercial radio broadcasts.

When Juke magazine ceased production in late 1994, Phillips spent some time on roots publication Rhythms before being asked by the Australian Music Association to produce Australian Musician, a quarterly glossy 'muso' magazine distributed through instrument stores. In his role as editor of Australian Musician, Phillips has met and interviewed members of some of the world's leading rock bands including The Rolling Stones, Stevie Wonder, Santana, Patti Smith, Queen, The Doors, Brian Wilson, INXS, to name a few.

Around the same time Australian Musician was launched, Phillips' newly formed magazine production company Mediaville, also produced Music Press, a monthly music magazine distributed through the Sanity chain. In April 2003, Phillips was called upon again by the Australian Music Association to produce a new quarterly publication called Music in Action, a music education magazine distributed to teachers nationally. Music in Action has not only become an important source of information for Australia's music teachers, but also a powerful music advocacy tool and a communication device between the music industry, education sector and Government. The magazine was a catalyst for driving the recent National Review into Music Education in Schools.

Phillips still produces Music in Action, produces and edits Australian Musician, as well as freelancing for other publications such as Guitar and Bass (UK), Music Inc (USA) The Music Network and Australian Guitar magazine.

Profile and Interview by Greg Phillips, The Music Network, October 2009

AMID A STORM of spotlights, smoke and confetti, there she stood ... the unmistakable silhouette of Beyoncé Knowles. ...

The Rolling Stones: Rolling With The Stones: A Backstage Exclusive With Side-Guys Chuck Leavell and Darryl Jones

More than forty years on, the Rolling Stones still pack a mighty mean punch on stage. Sure, nostalgia accounts for much of the electricity they ...

Few are those musicians who bend enough to keep pace with Neil Young’s ever-changing whims. Rick ‘The Bass Player’ Rosas has done just that for ...