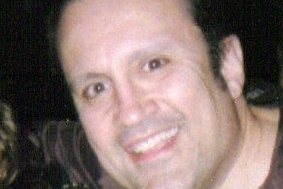 Frank Tortorici is a corporate communications director for a major business research organization who has moonlighted periodically as a music writer. He was a contributing editor to Sonicnet/Vh1.com for more than four years and was also a contributing editor to Addicted to Noise, and he has written for Preamp.com and Katrillion.com. Frank lives in Garwood, New Jersey with his wife, two children, and three cats, and commutes to Manhattan daily. He has also ghostwritten innumerable business articles for corporate executives during his quarter-century-long career.

Rapper brings rap and music community together to raise awareness. ...

Publicist Tony Barrow was there for the "We're more popular than Jesus" and "Paul is dead" crises. ...

SINGER HARRIET WHEELER is the main ingredient in the sound of the British jangle-pop band the Sundays. Her high, lilting voice floating over boyfriend David ...

THE TALENTS of Colin Hay were one of the main reasons for the phenomenal early-'80s  success of the Australian pop-rock band Men at Work. The ...

ROBBY TAKAC is bassist/singer for the Goo Goo Dolls, the highly successful thrash-pop band best known for such smash ballads as 'Iris' and 'Name'. ...

The Band, Rick Danko: The Band's Rick Danko Dies At 56

ONE OF THE FEW leap-year babies to make a mark on the pop charts is Gretchen Christopher, one-third of the pop-vocal trio the Fleetwoods, best ...