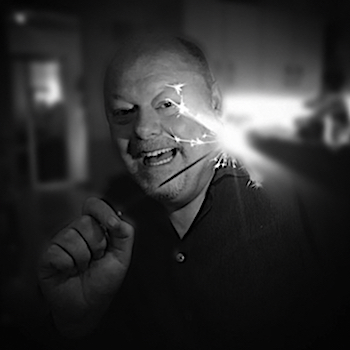 Born in 1965 in Liverpool, David Buckley completed a Ph.D. at Liverpool University's Institute of Popular Music in 1994. His book, loosely based on his doctoral thesis, David Bowie: Strange Fascination (Virgin Books, 1999) has been in print ever since, and David has also contributed sleeve notes and press material for David Bowie's reissues.

David has worked as a lecturer at Munich University and as a tutor-counsellor at the Open University. He has contributed to The New Grove Dictionary of Music and Musicians, and the Encyclopaedia of the Popular Music of the World (several volumes, Continuum Press). He has published seven books. Alongside Strange Fascination David has written a consumer guide, The Complete Guide To The Music of David Bowie (now retitled David Bowie: The Music and the Changes – Omnibus Press 2014), the official biography of the punk veterans the Stranglers, No Mercy (Hodder and Stoughton, 1997), a biography of R.E.M. (R.E.M: – Fiction, Virgin, 2002), biographies of Bryan Ferry and Roxy Music (2004), Elton John (2007), and in 2012, a biography of Kraftwerk (Kraftwerk: Publikation, Omnibus Press 2012), with a foreword by ex-member, Karl Bartos.

For almost 20 years, David has been a contributor to MOJO  as a reviewer and writer, including features on Bowie, Genesis, Elton John, the Human League, Ultravox, Florence and the Machine, and Goldfrapp. He is currently working on a history of electronic music in Britain focusing on the work of the Human League and Heaven 17. After spending half his life in Munich, he returned to the UK in 2019. He is a dad, a Liverpool FC supporter, a Bowie Boy, a Whovian and a Socialist.

David Bowie: "Bowie Was Like Orson Welles": Diamond Dogs at 40

On the 40th anniversary of its release, engineer Andy Morris delivers the inside skinny on Bowie's wildest album. ...

Author David Buckley has spent years chronicling the life and work of David Bowie, in academia and in books such as Strange Fascination: David Bowie, ...

God's DJ would have been 71 on Monday. David Buckley recalls a birthday encounter for MOJO online... ...

A reinvigorated R.E.M. address the disappointment of Around The Sun by stripping back and shifting up a gear. David Buckley feels the burn. ...