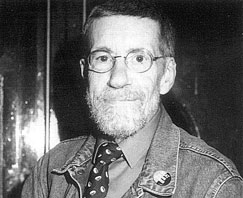 Until his death in 2004, Dave Godin was the doyen of deep soul, a veteran contributor to umpteen magazines and fanzines and the compiler of the magnificent Deep Soul Treasures series for Ace.

by DAVE GODIN as told to Norman Jopling ...

JAMES BROWN has at last been to Britain. His all too brief stay had just about the maximum impact that it could have had. It ...

ONE IS always apprehensive about meeting artists for whom one has a great admiration or burning passion – I deliberately avoided meeting the one and ...

I RECENTLY READ a most scathing and critical review of the new Howlin' Wolf album which has been issued in the States on Cadet-Concept (the ...

WHEN EDITOR John Abbey asked me if I would do a feature interview with Doris Troy to coincide with her forthcoming single release on Apple, ...

THE "PRINCE Albert Hall" (as Dionne so charmingly referred to it) is the most peculiar venue in London for a recording artist to play. ...

THE ANNUAL concert featuring Ray Charles, his Orchestra and The Raelets is an event which usually draws S.R.O. crowds and this year was no exception. ...

Land Of A Thousand Dances

BY SOME miracle I managed to catch the train on time at Euston. Anyone who knows me will gladly confirm that I am a terror ...

THE CALL of the North was getting too strong to resist any longer, and I just had to take some time out and make another ...

GIRL GODDESS OF R&B FANS... this title (long before political correctness had taken all the passion, fun and romance out of sexual desire), was the ...