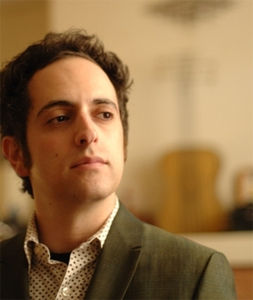 Bob Mehr has been a reporter and critic covering music for The Commercial Appeal since 2006. His byline has also appeared in numerous national and international music magazines including SPIN, MOJO in the U.K. and German Rolling Stone, and his essays are regularly featured as part of CD reissues for labels like Rhino Records.

Paul Westerberg on his infamous past, fatherhood and his most personal solo offering to date, Folker. ...

TONGUE PLANTED only partly in cheek, Guided By Voices' leader Bob Pollard has dubbed his group's farewell tour "Mission Accomplished: The Electrifying Conclusion", and by ...

Arrow Brown wanted badly to be a player-he wore a black hat, packed heat even in church, and exploited a houseful of wives and concubines ...

Liz Phair: Is All Phair In Rock 'N' Roll?

THE PENINSULA HOTEL is an elegant, bordering on ostentatious, spot in the heart of Chicago's Magnificent Mile. As the concierge and desk staff scurry about ...

Kelley Stoltz: Below The Branches

SINCE THEIR ESCAPE from UK tax laws in the early '70s, the Rolling Stones have been a band with no fixed abode. ...

Profile and Interview by Bob Mehr, The Commercial Appeal, 19 January 2007

EVEN AT THE lowest point of his travails within the music industry, when he was stuck in legal limbo with labels and his star was ...

The Replacements: The World's Most Unsatisfied Band

Retrospective and Interview by Bob Mehr, Spin, May 2008

Nearly two decades after the Replacements' strangely quiet demise, the gloriously ramshackle catalogue of one of American underground rock's defining bands gets a proper makeover. ...

A Sun Records artist who played with Dylan, the Stones and Aretha and produced key albums by Big Star and Ry Cooder, Jim Dickinson was ...

The prime mover behind Creedence Clearwater Revival, he crafted blazing pop songs of soul and protest until band strife and label hell undid him. But ...

An alt-country wunderkind who hates country music, a restlessly prolific songwriter stifled by his label, a reformed hell-raiser determined to maintain privacy in a celebrity ...

Profile and Interview by Bob Mehr, The Commercial Appeal, 29 September 2016

Sixty-three year old singer Robert Finley marks the release of his debut album with a show at Lafayette's Music Room on Oct. 6. ...