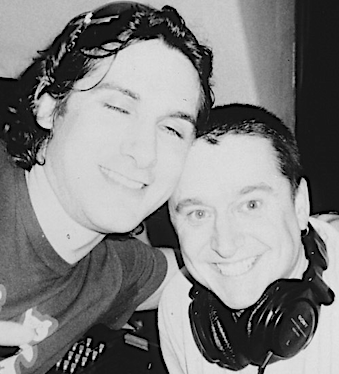 Bill Brewster is the co-author with Frank Broughton on Last Night A DJ Saved My Life and How To DJ (Properly).

The erstwhile Declan McManus, in the context of new album When I Was Cruel, looks back at the Attractions, punk, Thatcher, and talks about the craft of songwriting.

CHAZ JANKEL made his name as Ian Dury's collaborator and founder member of backing band, the Blockheads. As a solo artist, he's most well known ...

Walter Gibbons: Salsoul Records: The Best Disco Label In The World... Ever

We present a 30th birthday tribute to Salsoul, the label that changed club culture forever. Bill Brewster talks to the movers and shakers and celebrates ...

WALTER GIBBONS loved drums. As a young DJ, the beat-heavy records he played defined his sound and as a remixer he had the knack of ...

If Frankie Knuckles is the Godfather of House, Ron Hardy was its Baron Frankenstein. ...

One of the first to spin the same record on two turntables, Pete DJ Jones roamed the five boroughs with his mobile set up from 1970. Here he talks about (and plays!) the records; his influence on Grandmaster Flash and the early hip-hoppers and his MCs like Lovebug Starski.

Trailblazing American record producer and club DJ hailed as the Godfather of House ...

DJ Kool Herc: Adventures on the Wheels of Steel: DJ Kool Herc and the Birth of Hip Hop

Take a BreakFace your partner, holding hands. Tap one foot behind the other and bring your feet together again. Repeat with your other foot. (Your ...

What were your influences growing up in Puerto Rico? ...

'Flowers' — Titiyo"I think she's Swedish [she is], but I really know nothing about this, so I don't know what to tell you. I was ...

Profile and Interview by Bill Brewster, The Big Issue, 2001

A PAIR OF bespectacled northerners sits opposite me. If you were to formulate a picture in your mind of what hip hop producers might look ...

MANY YEARS BEFORE anyone had ever heard of Hear'Say; and when Kylie and Jason were but a twinkle in Pete Waterman's rheumy eye, the Supremes ...

Interview by Bill Brewster, MOJO, May 2008

You can almost smell the crushed velvet. While Led Zeppelin were doing unspeakable things with sharks and glam rock was ubiquitous, thousands of musicians plied ...

From Charlie's childhood in Stockton-on-Tees and his early fascination with black American music, through to his days as a journalist and broadcaster, taking in The Sound of the City, Ian Dury, Dire Straits and his increasing fascination with World Music.

IMAGINE CIRCLING the planet in a spaceship — weightless, far from home, listening to music on your gravity-modified iPod. Or imagine trying to sprint through ...

Report and Interview by Bill Brewster, The Face, March 1999

Sunday afternoon disco classics down a Manhattan side street ...

Sal Abbatiello, proprietor of the South Bronx club, Disco Fever, tells the tale of the DJs, MCs, hustlers, gangsters and the kids who made it the hottest club in early hip hop: Grandmaster Flash, Kurtis Blow and a cast of thousands.

The Meaning of Rave

Well someone had to explain what Quavers were to those funny foreigners. ...

What the Hell is Music?

IS IT STILL financially viable to employ a butler to carry one's record valise? Why can't you get wooden slipmats any more? Is 45rpm a ...

Paradise Garage and the Lost Art of DJ'ing

PUTTING A ROOMFUL of people in the moment. Amazing them, surprising them, challenging, even confusing them; pushing, electrifying, loving them; carrying them with you towards ...