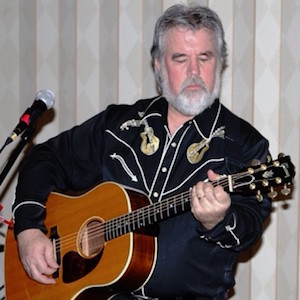 Arthur Levy founded and edited Zoo World, a bi-weekly music magazine published between 1972 and 1975 in Fort Lauderdale, Florida, and nationally circulated in the USA. Subsequently he has worked for Capitol-EMI, Arista and the Island Def Jam group.

WOULD YOU drive 600 miles through the midsummer heat of Florida and Georgia to scoff some free rubs and red hot chicken at the Allman ...

UNTIL ABOUT two years ago the Allman Brothers Band existed in a vacuum whose bounds were conveniently defined by the Mason-Dixon line. Before them was ...

OF ALL THE generative US music strains that contributed to what became known in the 60's as Rock, none has been so overlooked and forgotten ...

"The White-suited Mystic Rescues His Flock" ...

VIOLENT FANTASY, and the fantasy of violence — confrontation and aggression — present the logical ultimatum of warlike Christian civilizations: Imperial control of the means ...

KAREN AND Richard, Carpenters, greased and ready to kick the sleazy jams and jellies out of Tin Can Alley and back out onto Sunset Strip ...

LIKE THE reformed gunslinger-turned-family man, who's barely kept his pistol from rusting by occasionally battling some tin cans in his backyard — Dylan's been called ...

DAVID GAHR is already a half-block ahead of me up the street, bounding past the Navarro's sharpy redcap, shlepping all his cameras, and lights, and ...

OWING TO THE rather blatant corporate eccentricities of American record companies the Grateful Dead have formed their own label, following a stormy six years with ...

Elton John: The Leaving Of America

BARRY MANILOW sits at the piano flanked by Sharon, Robin, and Charlotte, affectionately known as the Harlettes onstage, and it looks like a scene out ...

And His Fabulous Furniture in Your Living Room!!! ...

Rick Nelson: Has it Really Been 2 Years Since Garden Party?

At the Point Where the Velvet Underground Leaves Off And Lou Reed Begins ...

THE TWICE-yearly ritualized introduction to your latest Rolling Stones and Led Zeppelin review: "Well folks, on first and fifth and eleventh listening the imagery is ...

The Rolling Stones: Ain't Too Proud to Rock 'N Roll ...

PHIL SPECTOR released the first Ronettes LP on Philles ('63) following the success of 'Be My Baby' and 'Baby I Love You' and the Crystals' ...

HOSTILE YET oblivious to their circumstances (the cavernous Madison Square Garden), the Who transcended their retrograde Heil sound system for almost two hours on the ...

"IT'S GOING to be very weird going home to England, very weird," observes a suntanned, squinty-eyed Martin Turner. Wishbone Ash has been down here for ...

Frank Zappa: The Great Southern and Western Expedition Is On!

"THE FIRST TIME I ever took the Mothers out on the road I approached it from a sociological point of view. ...

"ONE RECORD dance is the same as any other record dance, I can do one in my sleep," says Dick Clark, sitting in an administration ...