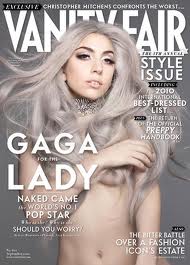 Launched in 1983, Vanity Fair is an international magazine of popular culture, fashion, and current affairs, published in New York and with four European editions.

THERE IS NO finer art in pop music than that of knowing when to disappear. ...

Sly Stone vanished into rumor in the 1980s, remembered only by the great songs ('I Want to Take You Higher', 'Dance to the Music') he ...

IT'S BEEN A year and a half since the singer Lana Del Rey hatched fully formed from the pop incubator, like a "gangsta Nancy Sinatra", ...

Lou Reed: A Last Waltz on the Wild Side

In an excerpt from his in-progress memoir, former Rolling Stone writer Ed McCormack remembers his friend Lou Reed, and the small theft and turn on ...