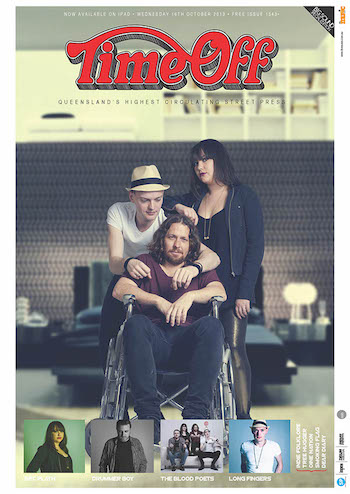 Time Off was a free weekly tabloid-sized music magazine (street press) that was originally distributed in Brisbane, Queensland, Australia. The magazine began on campus in 1976 at the University of Queensland as an initiative of co-editors Rob Cameron and Bruce Dickson, and was originally printed on A4 glossy stock. In the early '80s, Time Off began distribution off-campus as a now free, newsprint edition – and is still going strong in the 2020s. With a strong rock music bias, the magazine also focuses on cinema and the arts, and now has a separate dance music section.