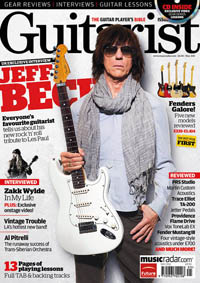 Guitarist is a monthly music making magazine published in the United Kingdom since 1984.

Author's note: This is the original unsubbed version, as submitted to the magazine. ...