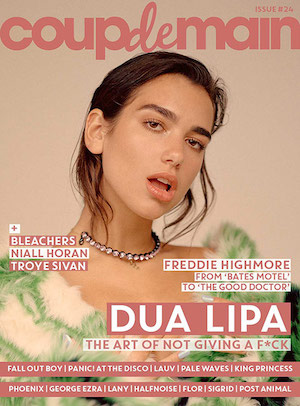 Coup De Main is a monthly music magazine published in New Zealand. "Coup De Main translates into a military term that capitalises on surprise. Coup De Main the magazine, takes our name-sake very seriously in the adventuring of Pop Culture."

LANY on acronyms, albums, and artwork