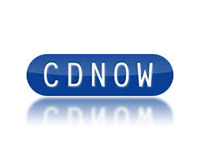 CDNOW.com was one of the first online music retailers, founded in Pennsylvania in February 1994. In 2000 it was acquired by Bertelsmann, which sold the business to Amazon, which in turn discontinued its operation.

TIRED OF Brit guitar bands? Luke Haines of British trio Black Box Recorder is. Which is why he’s finally disbanded his old (guitar) group the ...

THE SGT. PEPPER outfits are one thing – like the Beatles, Clinic hail from Liverpool – but the surgical masks are something else again. (According ...

Elastica: An Interview with Justine Frischmann

FEW SECOND albums have taken quite as long to materialise as Elastica’s The Menace, follow-up to the band’s eponymous 1995 debut – a collection of ...

THE BAND THAT helped kick-start the alterna-country sound over a decade ago has undergone a major transformation since the departure of co-founder Mark Olson following ...

XTC: A Chat with Andy Partridge

THEY ARE THE core of Steely Dan – Walter Becker and Donald Fagen – the two friends who long ago disbanded the original lineup of ...

NAMED AFTER a legendary 1976 EP by Sonic’s Rendezvous Band, the German label City Slang has been home to some of the best and most ...

RADIOHEAD'S DECISION to embark on a low-key, off-the-beaten-track summer tour of Europe nearly backfired from the kickoff last night when a cataclysmic downpour threatened to ...

WHEN PRIMAL SCREAM released Screamadelica in 1991, they forged an indissoluble link between Brit indie-rock and underground dance culture that led directly to the sound ...