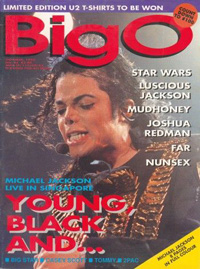 BigO (acronym for "Before I Get Old") is a rock music magazine, which has been published in Singapore since September 1985.

The Lovin' Spoonful, Zal Yanovsky: Alive And Well In Argentina At Last: The Mirth, The Music, The Magic Of Zalman Yanovsky

I KNOW AT LEAST one of his fellow supposedly-lovin’ Spoonfuls resents the situation to this day, but whenever Zal Yanovsky appeared on stage alongside John ...