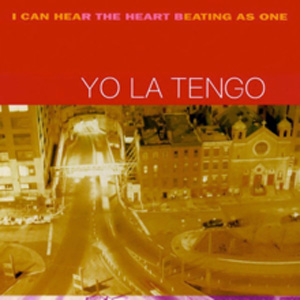 Yo La Tengo: I Can Hear The Heart Beating As One

AS OFT-used tags go, "The New Velvet Underground" is so wide-ranging, it's almost become a genre in itself. Got a penchant for dark clobber and ...

Yo La Tengo: And Then Nothing Turned Itself Inside-Out

THERE'S A BOOK by Wim Wenders, Emotion Pictures: articles about Kinks albums and genre flicks and other inspirations of his, written as he was turning ...

COMPLETELY DOMINATING the bare-brick basement that is Yo La Tengo's Nashville dressing room is one of the largest, most gourmet riders ever to grace a ...

Yo La Tengo: The Outsiders

Interview by Andria Lisle, Harp, May 2005

IT'S A SIGHT that's familiar to any long-term Yo La Tengo fan. Ira Kaplan – a small, intense, wirey-haired man, apparently cryogenically frozen in his ...

While no seismic shift in direction, Popular Songs does find Yo La Tengo on peak form. ...

Yo La Tengo: You Never Knew There Was So Much In It

Profile and Interview by James Medd, The Word, September 2009

THIS IS AS SCINTILLATING as it gets: The opening and closing anecdotes of Big Day Coming revolve around typos. Shockingly, promoters and newspapers have had ...