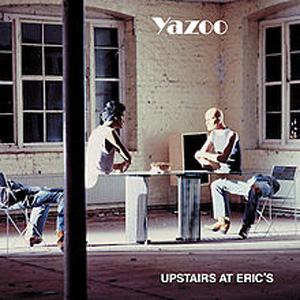 AFTER CLOSE encounters with most of the Mute bands, you'd think Uncle Dan had ordered them to live up to their oft-lively label's name. But ...

Report and Interview by Lesley White, The Face, May 1982

IN CASE YOU'RE still wondering, Vince Clarke's amicable departure from Depeche Mode was motivated by nothing less than that time honoured and truly honourable ideal: ...

The Meaning Of Mute

(1) Not emitting articulate sound:NOT THAT YOU could blame him if his utterances were totally inarticulate, because Daniel Miller has been having a hard and ...

Alf and Vince probably "wouldn't be friends if we weren't working together". They often don't meet up 'til just before going on stage. Dave Rimmer ...

JUST TWELVE months ago it was unclear if the primarily British phenomena of synthesizer bands would exhibit any staying power. Although 1981 was a good ...

"YAZ," ARE really "Yazoo," and still go by that name in the U.K. and Europe, but for North American consumption they had to drop the ...

Electro Pop: One Nation Under a Moog