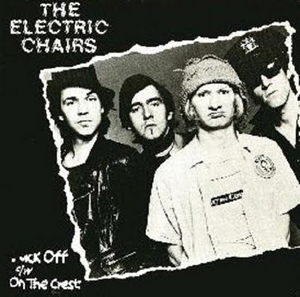 "It’s a fact that LA soft rock has been stomped on by glittering lurid day-glo platform shoes worn by a female impersonating, posturing hard-rock singer... ...

New York: The Dark Side Of Town

THE GRAFFITI IN the toilets at Max's Kansas City is abysmal. It's the only word that comes to mind – there's not one subversive scrawl, ...

GREAT WHITE ROCK has not often come from New York City and its surrounding boroughs, even though – or perhaps because the American music business ...

Wayne County and Handsome Dick Manitoba: War of the Gargantuas

NEW YORK — One early spring evening at CBGB's Wayne County was wrapping up his parody of Patti Smith when a disturbance erupted. All that ...

YOU KNOW what these albums remind me of: The This Is Mersey Beat collections that Oriole put out after the first wave of Liverpool bands had gotten ...

Run with the pack as ace reporter Joe Varnish checks out Iggy Pop, The Heartbreakers, Cherry Vanilla, Wayne County and one or two local boys ...

Well, we got through to the second issue despite opposition from the hippies. Anyway, here we are...and it's about time we went Over The Top ...

AT NINE years of age I decapitated my dolls and donated a life to rock'n'roll. Nights like tonight I understand just why. (Gasp) it was ...

AAAHHHHH...WAYNE! Rock 'n' roll is a bitch sometimes, ain't it? I bet it wasn't easy growing up down south when you were...different. It was a ...

WHEN WAYNE COUNTY left his native state of Georgia, "because it was icky, and I got shot at", he meant to take a trip down ...

Wayne County: A Transexual In Transit

OCTOBER SEES the inevitable recognition of two of the greatest rock'n'roll performers of all time — Bette Midler and Wayne County who, even before Wayne ...

WEIRD IS the word that immediately springs to mind; the detached weirdness of viewing a transvestite play hard rock, of being part of an audience ...

THRASHING SUSPICIONS against all considered expectations, this is a mobile and intimidating masterpiece. ...

WAYNE COUNTY was already in the car. I was ushered into the front seat, leaving Wayne staring down the back of my neck. That was ...