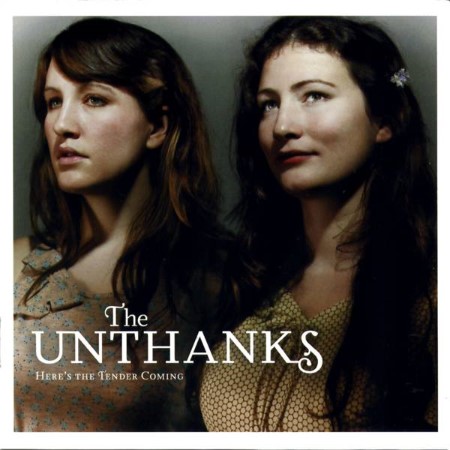 The Unthanks: Folk is the new punk

The Unthanks have made fans of people who never thought they'd like folk. The secret of their success? Raw authenticity. John Lewis tells how folk ...

The Unthanks play Robert Wyatt and Antony and the Johnsons, Union Chapel, Islington

RACHEL AND BECKY UNTHANK have often covered songs by Robert Wyatt or Antony Hegarty in their live set, so it was a simple step to ...

FOLK MUSIC GETS A HARD RAP in the UK. In the US it's different. Far from being the subject of derision, the long standing American ...

THE UNTHANKS' startling folk has all the eerie power of their native Northumbria's coast. Backed by trumpet, drums and a female string section reminiscent of ...

The Northumbrian five-piece shatter folk's borders, as this expansive yet austere fourth proves. THE UNTHANKS SEEM to regard folk music the same way Miles Davis regarded ...

The Unthanks: The Songs of Robert Wyatt and Antony & The Johnsons

ON THE SURFACE, there is little connection between cherished Brit icon Robert Wyatt and cherished icon-in-the-making Antony Hegarty beyond the fact The Unthanks covered a ...

The Unthanks: The Songs And Poems Of Molly Drake

THE UNTHANKS' EARLY CELEBRITY as clog-dancing siblings has perhaps tainted the general impression of the sisters' music with an excessively rustic tinge. It's entirely unwarranted, ...