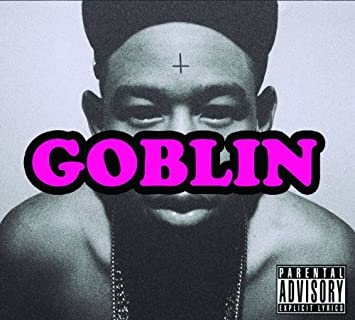 OUR FRIEND and writer for The Stool Pigeon and this organ Kev Kharas recently went to interview Tyler The Creator. The mewling twit (Mr Creator ...

FORGET THE controversy. No, wait, we can't. The controversy is a breath of fresh air. If you listen to the album you might be confused ...

Odd Future: Is This The Most Obnoxious Man In Hip-Hop?

Interview by Dorian Lynskey, Q, May 2012

Tyler, The Creator breaks new ground with every release, jokes about rape and "faggots", and runs LA rap crew Odd Future the way he wants. ...

The Odd Future leader on homophobia, Miley Cyrus and why Tumblr is "sad". ...

Music review: Why Franz Ferdinand are still the best

Art-pop kings remind the world why they rank among this century's finest songwriters with a truly scintillating comeback gig. ...

Is the rapper once banned from the UK for homophobic lyrics now coming out? Either way, this heavenly hip-hop record visits multicoloured corners of his ...