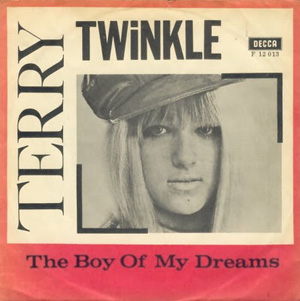 HOW DO you feel about death? In pop music, I mean. Death is inevitable for all of us, that's certain. But there's a great deal ...

Rolling With The Blarney Stones!

The sign said to Ireland. That's where we were going. So were the Stones. They were going on tour over there. We were going to ...

GIRL IN A GIRL'S WORLD — second in a RAVE series spotlighting girl stars and the world in which they live ...

Switched on people are definitely animal lovers, and dogs and cats top the pop stars own hit parade... SYLVIA STEPHEN has done some vetting on the subject. For ...

Has Twinkle found her man? In recent weeks her name has been linked romantically with Herman — fast being hailed as the new 'image' pop star, ...

Spooks, spirits and all sorts of scary things — that's what Hallowe'en is made of. Best way to avoid these frights is to get together with friends and have a party! So that's just what ...

Singer and songwriter who found fame in the 1960s with her teenage tragedy hit record 'Terry'. ...