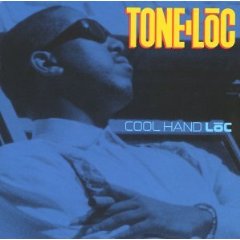 New Yorkers, the creators of hip hop, have never been receptive to outside beats, and in the past only the Philly scene has given them ...

L.A. rapper Tone-Lōc takes his success in stride — like everything else in his life ...

Get yourself in shape with Tone Lōc, the monster court jester of rap's ruff, tuff kingdom. Roy Wilkinson chews the fat about girls, grub and ...

TONE LOC could well be the guy that repossesses Melle Mel's car in 'The Message' (it really was his job once), and in a sense, ...