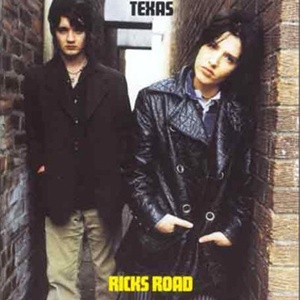 I DON'T know if I can get across to you just how depressing it is to be standing, sweating in a tiny Parisian jazz club ...

SHARLEEN SPITERI was free-climbing in the Cuillin Hills on the Isle of Skye a year ago, when she made two uncharacteristic blunders. Firstly, she fell ...

Beauty and the Beats: Texas meet the Wu-Tang Clan downtown

It's the pop story of '97, the most unlikely end to a weird year: Texas collaborating with the Wu-Tang Clan. First, a Scottish rock band ...

Sharleen Spiteri is foaming in retrospect. "I don’t like lies, I don’t like bullshit," she affirms, her fist impressing the point on the arm of ...

Profile and Interview by Ian Watson, The Scotsman, September 2003

SHARLEEN SPITERI is talking about Pop Idol. It's a subject that's been on her mind a lot recently and, judging by the look on her ...

Play Misty For Me: Sharleen Spiteri On Being A Mum and the Dubious Future of Texas

SHE COUNTS Madonna – and Stella McCartney and her dad Sir Paul – among her friends, while Debbie Harry sends her old stage clothes to ...