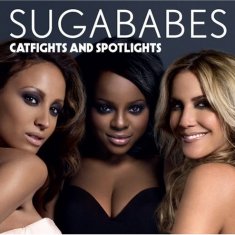 The First Ladies of the British pop charts talk about fame, boys, UK Garage, the Angels With Dirty Faces album and each other.

Profile and Interview by Lisa Verrico, The Times, 9 November 2002

Sassier than Atomic Kitten, classier than Mis-Teeq, the new Sugababes are the girl group it’s OK for grown-ups to like, claims Lisa Verrico. ...

NOT TO PUT too fine a point on it, in the space of two years and two albums the Sugababes changed the face of pop. ...

Sugababes: Wanna be in our gang?

Sugababes were 15 when they released their first single. Three years and one line-up change later, they are the coolest, smartest girl band in the ...

Xenomania: Heart Of The Country, Home Of The Hits

Profile and Interview by Ben Thompson, The Observer, 18 July 2004

In rural Kent, the future of British pop is being shaped by Brian Higgins – a Phil Spector for the 21st century. Ben Thompson meets ...

THEY COULD easily sell out arenas. Instead, Sugababes’ current tour — at 30 dates over eight weeks, the longest in their seven-year career — takes ...

ACCORDING TO reports, the Sugababes plan a hiatus following the release of this their sixth album while founding 'Babe Keisha Buchanan fulfils her ambition to ...

Sugababes: 'We Took Our Eye Off The Ball'

After a brush with self-doubt, the Sugababes are back on form. Keisha Buchanan, Amelle Berrabah and Heidi Range talk about their new album, Get Sexy ...

WITH THE DEPARTURE last year of final founder member Keisha Buchanan, Sugababes finally slipped from being a band to a brand. ...