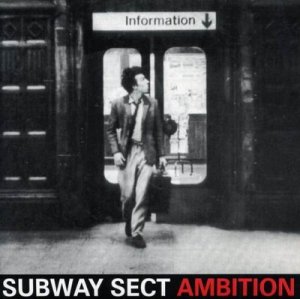 "The blankest of the blank generation": the pioneering punks attempt to answer the question, what is punk, why punk had to happen, the importance of lyrics and the anger at the heart of it all.

Parade Of The Punks

THE 600-STRONG line, which last Monday straggled across two blocks outside London's 100 Club in Oxford Street, waiting for the Punk Rock Festival to start, ...

"I don't understand why people think it's so difficult to learn to play the guitar. I found it incredibly easy. You just pick a chord ...

NICK KENT comes out of hiding to offer himself as a 'punk' sacrifice to the ritualistic 'beat' of THE CLASH, THE BUZZCOCKS, THE SUBWAY SECT ...

THE GRANDLY-NAMED COLISEUM in Harlesden, London, turned out somewhat grander than most people expected. It's no fleapit, more a small local theatre — complete with ...

The Front Line: On The Road With The Clash

JOE STRUMMER says he'll smash my face in if I so much as print a syllable of what's said in the dressing room of the ...

SUBWAY SECT have been together in some form or another since the semi-legendary 100 Club punk festival in September 1976. The line-up on that date ...

Subway Sect: An Eiffel of the Subways in Paris

THE METRO is crowded. Looking strangely at home amidst the Parisian hordes, Vic Goddard reclines in his seat, leisurely drawing on a Gauloise cigarette. The ...

The Prefects, Subway Sect: A Tale Of Two Bands

TWO GROUPS, both of whom have to some extent followed their instincts. Prefects have always been aware of the area they were aiming for; Subway ...

The Subway Sect: The Northern Soul of Vic Godard

The Subway Sect: War Poet of The Modern World

Old conceptions justifiedTradition stays in tuneYou make guitars talk informationThat tells you what to doThe lines that hit meAgain and againAfraid to take a strollOff ...

Vic Godard: Down the Road on a Stick

ON THE 'WHITE Riot' tour of early '77, Vic Godard and his band the Subway Sect ('cos they always were his band) confronted the great ...

VIC GODARD makes Feargal Sharkey look like Gene Simmons. His normality is outrageous. When Vic Godard sits in his bedroom listening to Peter Skellern on ...

A PIECE ON VIC GODARD BY PAUL MORLEY SAUCILY ENTITLED VIC THE VAGUE. Paul says: "I wish to be referred to at the heading of this ...

Leaders Of The Opposition