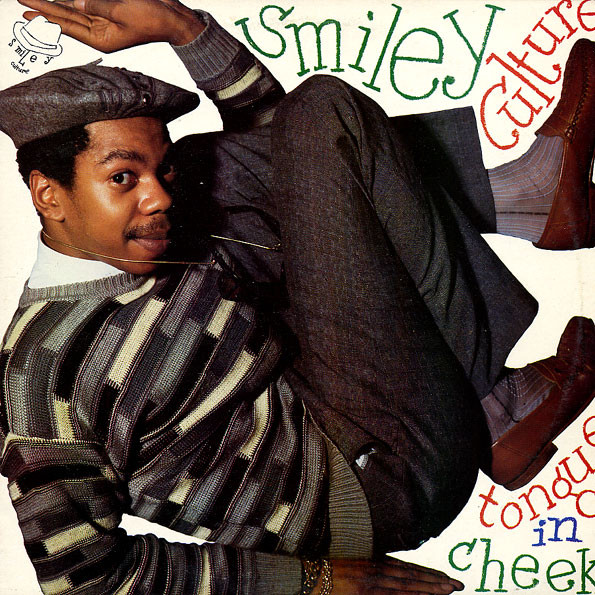 THE INTERPRETER of reggae mirth who says he MCs not for treasure but for pleasure inverted frowns to dental crowns, sore feet to blue beat, ...

"All Dayers" have been going for years. They're marathon sessions of dancing to reggae and soul records with live appearances from the singers who made ...

SMILEY CULTURE is still one of the flyest blokes south of the Thames... But he's got a bit serious with it as well ...

Some warp-speed world we live in, eh? It’s lucky we’ve got fast-forward buttons on our VCRs, quick-check lines at the A&P, automatic banking, speed-racer drugs, ...

FROM CHRONICLING his days playing conkers at Tulse Hill Secondary School to running up against police officers Smiley has always been the charmer cheeking his ...

Mark Paytress Meets Smiley Culture On The Cusp Of Fame, 1984

AS BRITAIN'S first successful MC, whose fast, fluid style had more in common with rap than reggae, Smiley Culture's place in history is assured. He ...

A Wild Feeling: The Vital Legacy Of Saxon Sound

Commissioned by Kevin Martin as part of our Bug Week, Neil Kulkarni writes about the power, potency and legacy of the UK's premier dancehall sound ...

When British Reggae Was King

Reggae may have been born in Jamaica, but it grew up in '80s Britain at a time of evolving multiculturalism, finding an unlikely ally in ...