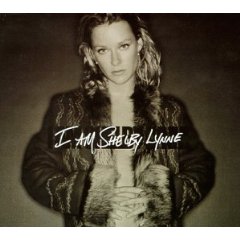 TEN YEARS AGO I found myself sitting in a London hotel with Tommy Couch, boss of Malaco Records, a Mississippi label which was busy resuscitating ...

Her father shot her mother then killed himself, she has a problem with using 'g' in song titles and she's set herself up as the ...

ONE OF THE new breed of US country crossover stars, Shelby Lynne doesn't have the smooth, invincible sheen of a Shania Twain or a Mindy ...

SPRAWLED ACROSS the lunar desert floor in the sun-baked heart of Southern Calfornia, Palm Springs is the last stop before paradise for rich, wrinkled Americans. ...

HERE'S WHAT intrigues me about Shelby Lynne, the country singer whose new album has been enjoying the sort of blanket media salivation only Dave Eggers ...

"I ALWAYS COME off to cats like you as negative, but it's not that way. I'm just honest." Shelby Lynne's been explaining what it is ...

IF 2011'S SELF-PRODUCED, self-released Revelation Road was Shelby Lynne leveling and exorcising the ghosts of her past, I Can't Imagine harvests the remaining sweetness of ...

"AS I STAND HERE TALKING TO YOU," Shelby Lynne confesses, on the phone from her Palm Springs home, "I have no clothes on. I can ...

IT'S BEEN A LONG TIME COMING. Though Shelby Lynne and her younger sister, Allison Moorer, have released a slew of solo records between them since ...