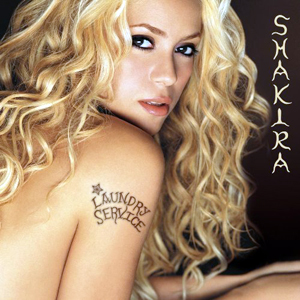 The Latino Lioness on her Oral Fixation album, writing in English, politics and poverty, and the benefits of belly dancing.

Profile and Interview by Lisa Verrico, The Times, 8 March 2002

Shakira sells millions of records in her native Colombia, has just conquered America and now has her sights on Britain. Lisa Verrico met her ...

As a schoolgirl she drove the nuns crazy with her belly dancing, now she's got the world gyrating. Ted Kessler meets Shakira, the Colombian superstar ...

Shakira should forget the political posturing, says Lisa Verrico, and stick to what she does best — making music and looking good. ...

NO MATTER where you sat in Wembley Arena on Monday night, you were never far from open-mouthed men trying not to drool at this year's ...

This is a transcription of Gavin's audio interview with Shakira. Hear it on the site here. ...

On Music: Shakira – The She Wolf Bites

THERE'S MUCH to like about diminutive Columbian singer Shakira (Isabel Mebarak Ripoll), best known to this day for 2001's breakthrough Whenever, Wherever and her global ...

"I'M HERE to please you," begins the Colombian superstar Shakira. Then, wearing what may be a coat of paint rather than trousers, she hauls girls ...