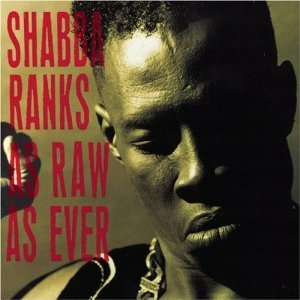 Scritti Politti: Do The Gart, Man

THE DANCEHALL FOUNDATIONS are shaking and there's outrage in the ragga ranks. A white pop star has plundered their culture with the aid of Lennon ...

Shabba Ranks: As Raw As Ever

AS THE REIGNING king of Dancehall, Rexton Gordon aka Shabba Ranks is a major Jamaican sex symbol, ambitious enough to crush his rivals at Sunsplash ...

LIKE THE herbsman grassed upon by his neighhours, some nasty rumours have been circulating recently about Shabba Ranks. To wit: that he's completely lost the ...

CURRENTLY MAKING impressive inroads into the American market, dancehall reggae may be the most challenging--and, many would say, irritating--style of popular music since rap, which ...

Dancehall is the sound of young Jamaica, modern reggae in a faster, electronic style, and it's winning a once-elusive African-American audience ...

"Using Guns. That's Nothing To Do With Any Sort Of Music."

Report and Interview by Lloyd Bradley, The Independent, 17 April 1993

A man was hurt in a shooting at a ragga concert. Is violence taking over? Lloyd Bradley looks for some answers ...

18-year-old Massie from Croydon is a regular at a South London club that's known for its ragga nights. Here she tells of a typical Thursday ...

Shabba Ranks, the bad boy of ragga, in Bradford ...

Just as grunge crossed over from the streets to the catwalk, RAGGA made the shift from underground to mainstream in 1993. Laying siege to the ...