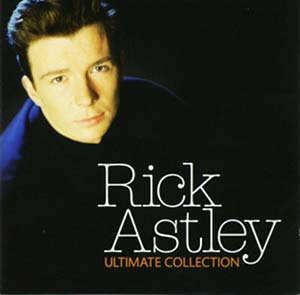 Is 'When I Fall In Love' the vinyl voice of God? Or does it herald the golden age of the bathtub crooner? The apple of ...

IS RICK merely a driplet of festering pus oozing from a seeping SAW inflicted on the slashed side of the crucified pop-christ by the very ...

POOR LITTLE PUP. So keen to please, yet so reviled by the over-15's. Some bleak midnights, he must wonder: "What did I ever do to ...

SO THIS IS what we're supposed to be getting so angry about. Tonight is my first proper pop concert, and it's bizarre. They're screaming! At ...

Rick Astley: Never Gonna Give Who Up?

Tear down your glossy posters. For the days of teen idolism are over — according to the improved, longer-lasting Rick Astley. A new album and ...

RICK ASTLEY's new album is called Free. What can this mean? Surely, Rick is not implying that he was once merely a performing surf to ...

Never gonna give him up: How Rick Astley returned from the wilderness

OVER COFFEE in a smart London hotel, Rick Astley is explaining his antidote to middle age. "I still play in a band, with a couple of friends. We ...

SAY THE NAME Rick Astley in 2016 and you'll probably get a reply involving his 1987 smash 'Never Gonna Give You Up', a brightly spangled ...

Rick Astley: How we made 'Never Gonna Give You Up'