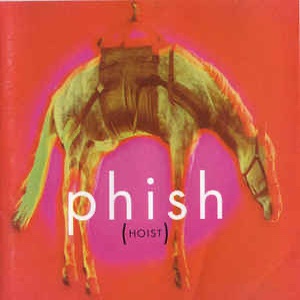 ON A STARRY SUMMER NIGHT at Bearsville Studios, New York, the four members of Phish are bracing themselves for the inevitable Grateful Dead question. ...

YOU'VE NEVER heard of them... right? But, believe it or not, Phish (from Vermont) are very big fry in the States right now and no ...

Phish and H.O.R.D.E.: In the Beginning

WHEN THE Grateful Dead’s Jerry Garcia died last year, a whole era of rock’n’roll seemed to be drawing to a close. Many people assumed this ...

Phish's sixth album, A Live One (released last year) distilled a decade's worth of dedicated roadwork by a group that reinvented improvised rock for a ...

Trey Anastasio, The Brains Behind Phish

OVER THE LAST several years, Phish has emerged as rock's most surprising success story, building a massive grass-roots following and becoming one of the nation's ...

BECAUSE OF THEIR FOLLOWING, THE FACT that they laugh in the face of set-lists and encourage bootlegging, these Burlington blues boys are often compared to ...

LIKE The Grateful Dead, the eternally jamming Phish are best judged by their concerts. ...

ONE MORE NEGATIVE remark about hippies or the Grateful Dead and you punk-rock bullies will have petunias shoved down your throats. ...

Phish in the Farmhouse: An Interview with Trey Anastasio

THE FIRST WORDS you hear on the new Phish album are, "Welcome, this is our farmhouse," and you are invited, as never before, into the ...

A YEAR after dismantling Phish, one of the jam scene's most beloved institutions, Trey Anastasio continues to receive hate mail from bereft fans. ...

PHISH TURNED 25 last November quietly; after all, they'd been defunct for over four years. So consider their reunion LP, the self-released Joy, a belated ...

On first LP since 2009, Vermont's shaggy heroes return to the studio in full-on party mode. ...