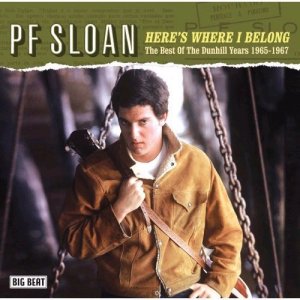 AT SOME time during your childhood, you may have had the experience of peering through a kaleidoscope with its multitude of shapes and designs. Part ...

THE WORLD debut of Dave Mason's new group, featuring Cass Elliot, was a noteworthy occasion in more ways than one. For second billed was Ballin' ...

P.F. Sloan Reveals the Jewish Origins of 'Eve of Destruction'

'EVE OF DESTRUCTION', the famous folk-rock-protest hit record from 1965, isn't usually regarded as a specifically Jewish song. Or even a religious one, for that ...

PF SLOAN was a 19-year-old bearing the weight of the world on his shoulders when he wrote the protest classic 'Eve of Destruction' back in ...

"PF SLOAN was born sometime between midnight and dawn on an inspired evening in 1964," PF Sloan says, from his small Los Angeles apartment. That ...

P.F. Sloan: Requiem For An Icon of Song

SONGWRITER P.F. Sloan died in November of pancreatic cancer, at age 70.  Though the general music audience has seldom known his name, among singers and tunesmiths ...