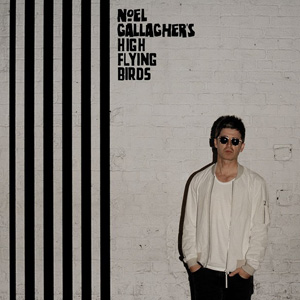 Both "spokesmen" for their respective generations, it's perhaps unsurprising that the men behind the Jam and Oasis became friends. Here, they talk frankly together for ...

John Doran is caught napping by Noel Gallagher, who is finally getting to indulge his creative impulses with the High Flying Birds and Amorphous Androgynous! ...

With the launch of his first solo album, Noel Gallagher reflects on life without Liam, turning down The X Factor and giving up the parties. ...

Tunes so good, you'll forget there was another Gallagher brother ...

The always quotable High Flying Birds frontman on politics in music, Sleaford Mods and getting pissed with Morrissey. ...

THE ROWDY UK rocker is back with a new solo album, Chasing Yesterday. He opens up about his new venture, the end of Oasis, and ...

Noel Gallagher: Who Built the Moon?

AS ROCK AND ROLL'S elderly hounds go, few are as fun to kick as Noel Gallagher. Bend the leg and let's go: he's the ultimate ...