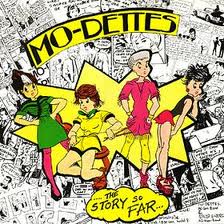 Fun with girls in showers ...

THE TYPE of people who write about The Mo-Dettes in the music mess (and wrap them up in their own self-conscious hypes and silly self-deceits) ...

Exploited for the last two decades as dumb but pretty decorations in rock, some girls now demand and deserve musical respect — but some girls ...

The Clash: The Foul-Up