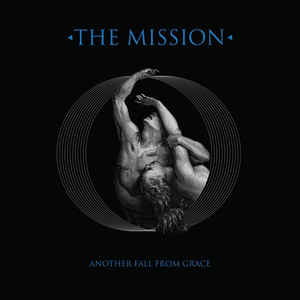 Sisters Of Mercy: The Man Who Told The World

Two years in the twilight world, ANDREW ELDRITCH hits back with the 1987 SISTERS OF MERCY. In this interview with NEIL PERRY he discusses his acrimonious split ...

The Maturing of The Mission

Following a hectic and often hair-raising year, including four months spent aboard a bus touring the States, THE MISSION are propelling themselves into 1988 with a new ...

MISSION II: On Monday, The Mish came a cropper, limping off after a malformed 'Tower Of Strength' appropriately put paid to a well-below-par showing. ...

IN THE WAKE OF THE HILLSBOROUGH TRAGEDY, THE MISSION, PETE WYLIE, MICK JONES AND THE LA'S PERFORMED AT LIVERPOOL'S ROYAL COURT THEATRE TO RAISE MONEY ...

The Mission: It's For You-Hoo!

IN A CRAMPED loft-conversion on the outskirts of Leeds, something of a party atmosphere prevails. Ring pulls are being pulled, Silk Cuts smoulder in ashtrays, ...

The Mission: Carved In Sand

THE GOOD NEWS is that The Mission's third album is easily their best. ...

The Mission U.K.: Angst And Ecstacy

IT'S A GRAY DAY in New York City, and God's pissing on the midday masses as they hustle to their power lunches. The weather matches ...

MOCK AT your peril: word oozing from the bat-infested, lightning-flecked towers of the grown-up music press suggests that the year 2000 will spawn a goth ...