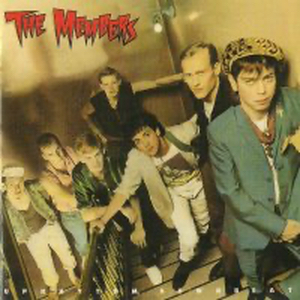 A state of emergency ...

The Members: At The Chelsea Nightclub (Virgin)*****

BEFORE WE start let something be said: if lesser papers want to slag off Sounds they're quite welcome to try, but per-lease don't use the ...

THE PARTY was catered for two hundred or so guests. You could tell no expense had been spared — there were real bits of shell ...

MANAGERIAL problems, identity crises, record companies' loss of faith — not a pretty picture, but that's what both the Members and the Boys have faced ...

Profile and Interview by Richard Riegel, Creem, May 1983

WE'RE DOWN in Bogart's new dressing room, a concrete-block bunker beneath the stage, and as I retrieve a Budweiser from the tub on the amenities ...

ONCE UPON a time I thought The Members fell between the stools of The Clash and The Boomtown Rats. Little has changed, except you ...