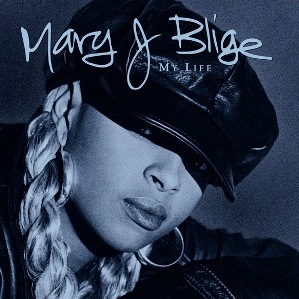 Puff Daddy: Born To Be Bad

Invitation to the dance ...

TO YER AVERAGE SOUL traditionalist, the notion of New Jack City as today's Muscle Shoals is tantamount to heresy. But the point is that hip ...

Andre Harrell: Resurrection of the Soul

Report and Interview by Sean O'Hagan, The Guardian, 22 March 1996

Andre Harrell is a man with a mission. The youngest head of Motown since Berry Gordy, he tells Sean O'Hagan how he plans to put ...

WHAT'S THE most embarrassing item of clothing you've ever bought? ...

Mary J Blige: From the Bronx to the Big Time

Once grumpy and so hopeless live she'd get booed offstage. Now... Nice Girl ...

Once grumpy and so hopeless live she'd get booed off stage. Now… ...

THE LATE-'90S HAVE BEEN something of a golden period for female-fronted soul/R&B music. ...

Mary J. Blige: "My Boyfriend Was Trying To Kill Me. There Were Weapons."

THE WORLD LOVES a troubled diva, and for 10 years Mary Jane Blige has provided her public with a continuous flow of what her friend, ...

IT WAS FOOLISH to think that the first lady of hip hop soul would abide by the title of her latest, and greatest-selling, album, No ...

SOMETHING VERY bad happened to Mary J. Blige once, right here, in London. She won't tell us what it is, but alludes to it cryptically, ...

The Ballad Of Mary J

MARY J BLIGE'S daunting reputation as a volatile, prickly diva has always threatened to eclipse her extraordinary vocal talent. Legend has it that her record ...

This is a transcription of Gavin's audio interview with Mary J. Blige. Hear it on the site here. ...

The Drama of Being Mary J. Blige

"WE LOVE YOU, MARY!" The shouts float up from isolated pockets in the plush auditorium housed within Columbus Circle's glitzy Time Warner building. Mary J. ...

THE EIGHTH ALBUM of Mary J Blige's 13 year career, is, like so many before it, a slick and elegant record. Another quality product from ...

THAT MARY J BLIGE HAS BEEN THROUGH some troubles in her life is well known; it's what makes her an icon of strength and survival ...

WHILE POP DIVAS ARE often fashionably late, Mary J. Blige has already ordered her steak when I arrive for our noon lunch at Del Frisco's ...

Blige's most enjoyable, exciting and consistent album in years ...

The queen of hip-hop soul on giving up alcohol, getting fit and cutting out the drama in her life. ...

A MASTERFUL MARY J BLIGE takes the audience to giddy heights of joy and depths of pain as she showcases her imminent London Sessions album. ...

PERFORMING AMID amid a messy divorce, Mary J Blige delivers a hugely emotional set, her voice both racked and silky as she rebukes men for ...