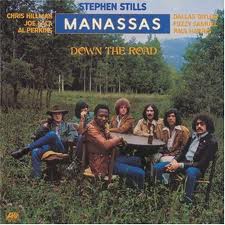 "HEY, THERE'S a tape recorder going. Hey, there's a tape going here," Steve Stills tosses a dice in the direction of the chatter and chuckles, ...

OF ALL the members of Crosby, Stills, Nash and Young it's been Stephen that seems to have had the roughest passage going it alone. Critics ...

Live Review by Lillian Roxon, Sydney Morning Herald, the, 14 May 1972

I DON'T THINK I've ever heard so much good music and so much bad from the same group at the same time as when I ...

Stephen Stills and Manassas: Down The Road

THE PACKAGING of a person's pain is a sticky subject for criticism. It feels uncouth to suggest the suffering should be more graceful. ...

Manassas: The Feast Of Stephen