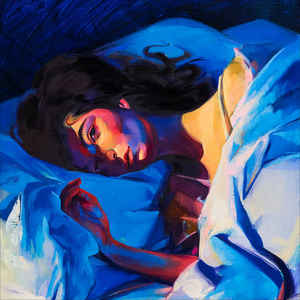 New Band Of The Week: Lorde

THIS NZ TEEN is about to make a big splash beyond blog-land. Think Lily meets Lana, only cuter and more cutting. ...

"DON'T YOU THINK that it's boring how people talk," Lorde hypnotically intones as Pure Heroine, her wildly anticipated debut opens on the confessional 'Tennis Court'. ...

THE BILLBOARDS glower on high streets in black and white, their closest visual neighbour in music being the artwork for Joy Division's final album, Closer. ...

Lorde: 'People Have Treated Me Like A Fascinating Toy'

The 20-year-old New Zealand singer makes a triumphant return with a stellar '90s-inspired pop song about her first heartbreak. ...

I'M TOLD I CAN call her Ella: Ella Marija Lani Yelich-O'Connor is quite a mouthful. The single-syllable name by which she is better known, though, ...