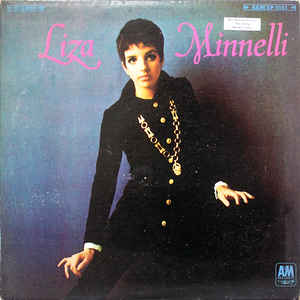 IT WAS OF course a coincidence that Liza Minnelli opened her British season the same week that Frank Sinatra's version of Kander and Ebb's 'Theme ...

Come to the cabaret, old chums. Adam Sweeting gets a kick out of Liza, Sammy and a revitalised Frank Sinatra at the Albert Hall. ...

All Eyes Are On Liza

"My whole life I've sung songs that were written before I was born." But no longer. Liza Minnelli, Oscar-winning superstar, talks to Adam Sweeting about ...

THE LAST time Ms Minnelli did anything of note was at the start of the decade. Her portrayal of shoplifting Linda, the object of Dudley ...

Liza Minnelli: "Each song is a movie to me"

Ahead of her show at the Royal Festival Hall, Liza Minnelli takes a break from rehearsals in New York to serenade Adam Sweeting. ...