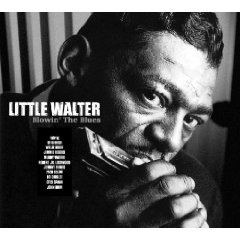 Chuck Berry Tells Guy Stevens About 'How I Write My Songs'

MY FIRST MEETING with Chuck Berry proved to be as exciting and interesting as I had expected. I met him in the offices of Chess ...

THE BLUES roll on, as we're often told, and last Thursday they rolled up to the shores of Hammersmith in the form of the 1967 ...

IT IS A sad work indeed to have to write of the death of Little Walter, outstanding harmonica player and fair blues singer, who came ...

LITTLE WALTER was a singular figure among the Chess artist roster by virtue of the fact that he was the only one whose popular appeal ...

CHICAGO IN THE FIRST DECADE after World War II spawned record labels like a salmon on fertility drugs. Many of them dealt with blues, some ...

Dave Myers: They Used To Call Me The Thumper Because I Played So Hard