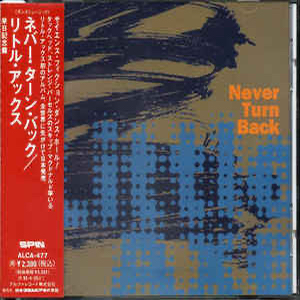 Producer/record company boss Sherwood talks about his huge array of projects: starting the On-U Sound label; projects and artists such as African Head Charge, Tackhead and Dub Syndicate; making dub records until his friend Prince Far-I's murder; working with Keith LeBlanc, Doug Wimbish and Skip McDonald; remixing Primal Scream's Vanishing Point, and the perils and pleasures of remixing; working with Lee "Scratch" Perry, and artists like Sinead O'Connor; the 'Barmy Army' football songs; his solo album Never Trust a Hippy; recording and technology, and running a label, and quite a lot about kids' football!

THE MAN the critics are calling the missing link between Jimi Hendrix and King Tubby is sitting in a grim pub in an untrendy part ...

Little Axe: From blues to hip-hop and back

SKIP MCDONALD was playing a gig in Portugal, billed as just him and guitar. A fair portion of the audience had seen the billing and ...