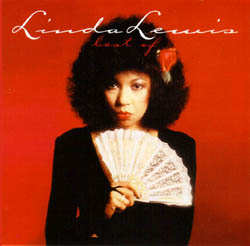 IF ANYONE ever asked for a definition of soul, the best advice you could give them would be to go to a concert by the ...

A Question of Survival: Rock'n'Roll Women

THE NUMBER of women working in British music is pitifully small. You can count them on one hand. Why? ...

THERE MAY BE something extremely valid in a composer performing his own highly successful material in concert, and though Jimmy Webb accomplished this to a ...

IT WAS great, but then we knew it would be. Linda Lewis won the cool crowd first, soft and gentle, then hard and funky, a ...

IT WAS A cold foggy night and there was a brass monkey sheltering in my hallway as I went in search of a Hansom to ...

FROM KID Barton's interview with Ms Lewis last week it would seem that her current tour is the latest defiant gesture in a running debate ...

THE CAREER of Linda Lewis presents the classic case of an artist caught on the horns of a dilemma between commercial success and artistic worth. ...